The International Maritime Organization (IMO) has developed many international conventions to protect the safety of the crew, cargo, and the environment. Nonetheless, maritime accidents still happen to result in losses of lives, property, and damage to the marine environment.

The main reasons for these accidents include:

According to the European Maritime Safety Administration’s Annual Overview of Maritime Casualties and Incidents 2020 report: The total number of reported marine casualties and incidents over the period 2014-2019 is 19418. These incidents led to 493 very serious casualties, 496 fatalities, and 6210 persons injured. This data combined with decades of maritime-related serious environmental disasters, the latest being the Oil spill from Crimson Polaris that had about 1,550 metric tonnes of heavy oil and about 130 metric tonnes of diesel oil on board. 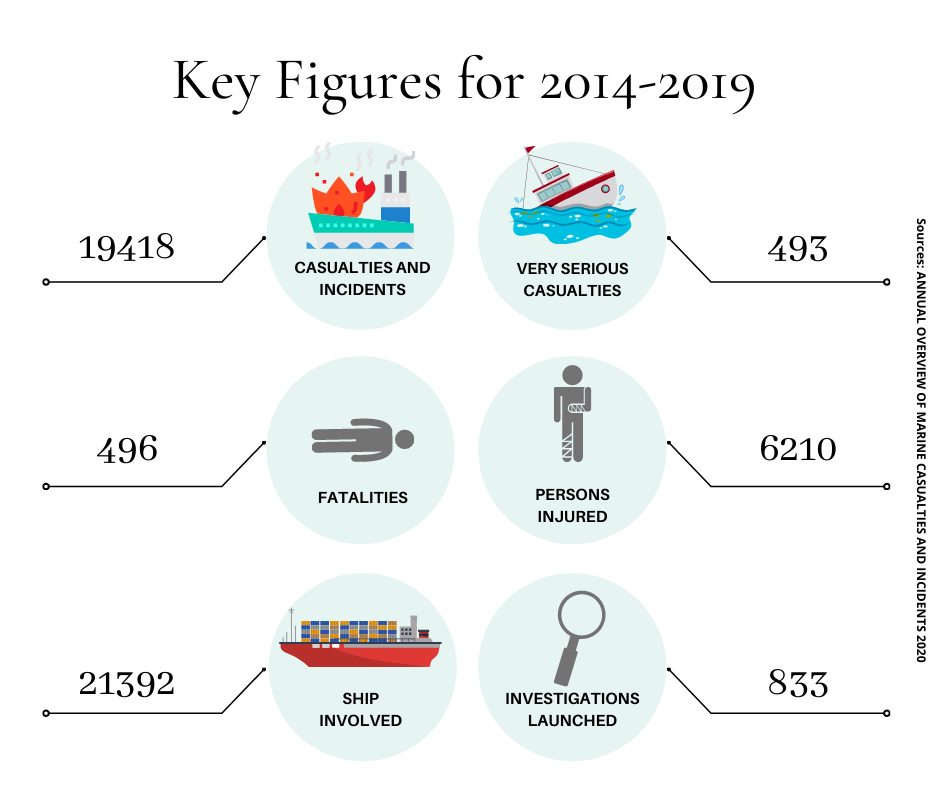 Despite strict controls by classification societies, flag states, port state controls, insurers and brokers, inferior ships continue to operate and pose serious risks to human life and the environment. This is illustrated by the ship detention records recorded annually in the annual reports of all MOUs and the U.S. Coast Guard. Port state control is not a substitute for effective flag state control and by itself it is unlikely that inferior ships will be eliminated. The existence of inferior ships calls into question the way in which the condition of ships is checked, recorded and shared among stakeholders by port and flag states.

In this blog we focus on the critical role of ship inspection and data sharing in improving safety and environmental protection at sea. Various Inspection like, Annual Flag State Safety Inspection, Port State Control (PSC) Inspections, Classification Society Routine Inspections, Owners/ Charterers/ Insurance Vessel Condition Inspection, have been the primary mode to ascertain condition of vessel and the data collected forms the basis of many important decisions within the industry which has serious implication for Safety of life at Sea and the Maritime Environment.

Investigation reports into various Maritime Accidents as compiled on IMO GISIS points to human error – related to quality control and inspections – as one of the leading contributing factors. The below table shows the leading factors for ship deficiency as recorded under Paris MOU annual report for the year 2020.

Fire Safety and Safety of Navigation being the top categories of deficiencies underscores the importance of precise recording, reporting, data access for reference and follow up across jurisdictions to avoid impending loss of life and potential marine pollution. This record of deficiencies together with the recurring nature of maritime accidents begs for a deeper analysis and understanding of the tools, methods and process in place.

Common pain points of a Manual Technical Survey include:

There are several important factors that deserve attention and improvement; We need a solution to address the problem of human error and data loss and to improve the currently mostly manual format of inspection and PDF-based reporting that is practiced in the maritime industry.

Solving this problem of dangerous oversight, human error, and data loss in the shipping industry through Cyber Smart – a web and mobile-based e-survey platform that ensures that inspection authorities are equipped with a digital survey tool that enables them to digitally transmit the survey data an app. 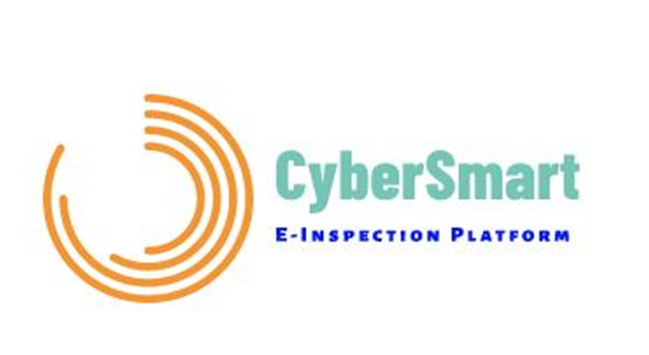 Cyber Smart – A Web and Mobile Application for Survey Planning, Conduct of Survey, Survey Report Generation. It is an advanced format-agnostic SaaS platform taking data collection and analysis to the next level. It leverages the most advanced cloud computing infrastructure running our proprietary algorithm to spin out trends, using both collected and historical data.

We use our proprietary algorithm and the most advanced cloud computing infrastructure to generate trends from collected and historical data. The platform is revolutionizing the way inspections are performed in the shipping industry and has the potential to revolutionize data collection and analysis across industries. This mobile application is more suitable for Surveyors as there are no physical documents involved to delay the process.

Request a demo at: tech@cyberwaves.eu​

Navigating Digital Wave in the Maritime Industry: Unlocking the Potential of SaaS, IoT, AI, and Blockchain