Varuna Marine Services B.V. is certified with all major classification society and flag states to carry out IHM Part I, Part II, and Part III. Our global network of certified Hazmat experts allows us to deliver a technically sound IHM inspection with a high degree of efficiency. Reach out to us to discuss your requirements at IHM@varunamarine.eu.

An Inventory of Hazardous Materials (IHM) is a certificate stating if a vessel carries hazardous materials onboard its construction and equipment, where it is, and the amount. Based on this certificate, the shipowner can ensure the safety of crew members through the vessel working life and assure safe handling of the materials at the point of recycling.

The EU Ship Recycling Regulations (EU SRR) turns IHM into a mandatory act: all vessels flying an EU member state flag, or any flagged vessel calling EU member state ports, must carry a valid IHM onboard. Moreover, the IHM must be maintained throughout the vessel’s lifetime. The regulation applies to all vessels above 500 GT.

EUSRR is modeled by European Union on International Maritime Organisation (IMO) Hong Kong Convention for the Safe and Environmentally Sound Recycling of Ships (HKC) which was adopted at a Diplomatic Conference held in Hong Kong, China, in May 2009. It will only enter into force 24 months after the ratification by 15 States, representing 40 percent of world merchant shipping by gross tonnage, with a combined maximum annual ship recycling volume not less than 3 percent of their combined tonnage. Countries that have joined the treaty so far include Belgium, Congo, Croatia, Denmark, Estonia, France, Germany, Ghana, India, Japan, Malta, the Netherlands, Norway, Panama, Serbia, Turkey, and Spain. Required criteria for entry into force is yet to be achieved.

Owners having EUSRR IHM Part 1 have been issued Statement of Compliance in line with both EUSRR and HKC – this is because EUSRR compliant IHM Part 1 covers the requirements set under HKC and adds additional two elements which are PFOS and HBCDD.

According to regulation (EU) 1257/2013 of the European Parliament and the Council on Ship Recycling (hereinafter referred to as “EUSRR”), Part I of the IHM should be properly maintained and updated throughout the operational life of a ship. It should reflect new installations containing any hazardous materials that have been referred to in Annex II of the regulation, and relevant changes in the structure and equipment of the ship. Therefore, shipowners should establish the necessary procedures on-board the ship and within their companies to fulfill their long-term environmental responsibilities. 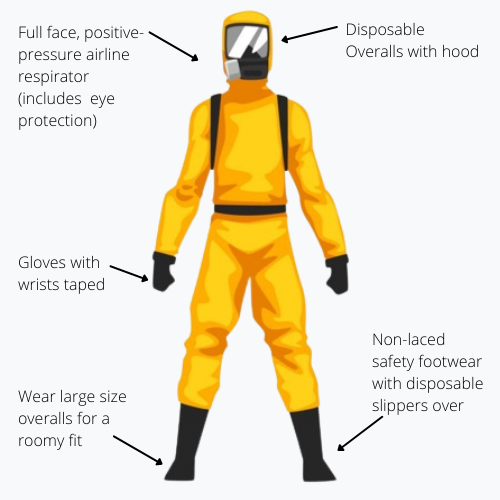 Asbestos has been classified by the World Health Organization as a Group 1 category carcinogenic agent i.e., evidence shows there is a significant cancer risk to humans when exposed to the agent.

Most maritime countries have banned both the importing and exporting of asbestos, including ships and/or ships parts with asbestos or asbestos-containing material(s). To ensure the total ban of asbestos within the maritime industry, the IMO revised the relevant SOLAS convention in 2009. As of January 1st, 2011, SOLAS now requires an asbestos-free condition for newly installed materials and products onboard ships or offshore facilities.

Despite the new SOLAS requirements asbestos is still found on new ships. VMS BV regularly performs pre-delivery surveys on new builds and finds asbestos within their construction. Asbestos-containing materials e.g., gaskets, insulation material, brake lining, etc have also been identified by IHM service suppliers while carrying out the IHM survey as a part of the IHM Part 1 report as per EUSRR and HKC convention.

Port State inspections are on the increase and the discovery of ACM’s (asbestos-containing materials) deemed to be a violation to the Flag State, in turn, requires the ACM to be removed within 3 years on the issue of a non-extendable exemption certificate. The interim time before actual removal needs to be covered by having a vessel-specific Asbestos Management Plan onboard the vessel. Noncompliance could lead to detention by Port State Control.

Varuna Marine Services B.V. through our global network of qualified Asbestos removal companies and Hazmat experts can assist in organizing Asbestos removal and the creation of vessel-specific Asbestos Management plans.

Some Flag States, including the UK, Netherlands, and Australia, require an independent inspection and assessment of asbestos for the importation/arrival of vessels. The shipowner must provide an asbestos inspection report and certificate issued by the accredited inspection body.

Varuna Marine Services B.V. can therefore help an Owner shortlist, or select a recycling facility, based on any special requirement the Owner may have.

Varuna Marine Services B.V. is fully certified by most IACS members to conduct pre-recycling “Inventory of Hazardous Materials (IHM)” -Part II and III- on ships bound for recycling; it is assumed that ships would already have an IHM Part I, but if not, VMS BV has vast experience in performing Part I as well.

On-site Supervision – Varuna Marine Services B.V. recycling supervisory teams are well trained and experienced. On-site supervisors attend ships being recycled daily and liaise closely with the facility’s staff to ensure efficient, safe, and environmentally sound operations and care of the workforce. The Owner is kept regularly advised on the progress of recycling, of any incidents of note within the facility and/or adjacent to it, and any fresh requirements by authorities or by new regulations as applicable. This is generally done through detailed and illustrated weekly reports. Serious incidents are reported immediately. 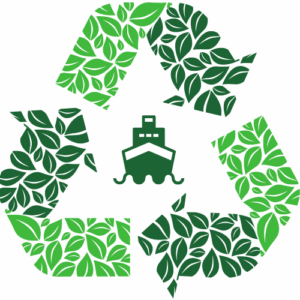